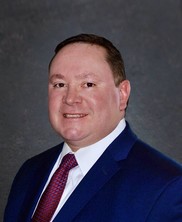 The Governor’s Office of Information Technology has appointed Anthony (Antonio) Sean Martinez as the second-ever Executive Director to lead the Colorado Broadband Office.

Martinez will be responsible for driving the state’s broadband strategy, collaborating closely with the Colorado Office of Economic Development and International Trade, Department of Local Affairs, Department of Regulatory Agencies and other state agencies. He will continue the state’s efforts to grow strong public and private sector relationships in communities to support broadband expansion throughout Colorado.

"Becoming Executive Director of the Colorado Broadband Office is an absolute privilege. It allows me to focus my years in public service on providing vital broadband to the underserved communities in my native state,” said Martinez.

Martinez joins the state after serving 32 years in a myriad of federal leadership positions under six government administrations. He has served as a U.S. Air Force Lieutenant Colonel, U.S. Dept. of Treasury Advisor to the Chief Operations Officer, U.S. Dept. of Energy Deputy Director, and most recently a Director at the U.S. Dept. of State.

A combat veteran, Martinez has served in Afghanistan, Iraq and North Africa. He is a fifth generation Colorado native from the San Luis Valley. Martinez graduated from Antonito High School, holds a Bachelor of Science from the United States Air Force Academy and earned a Master of Public Administration from Harvard University.

On Dec. 7, the CBO Data Team hosted the second webinar in our Broadband Data & Mapping Webinar series, focused on understanding the FCC Map & challenge processes. We discussed: Overview of…